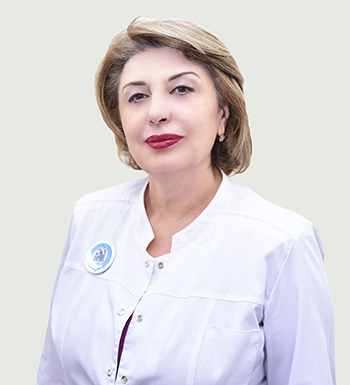 Associate professor at the Department of Pediatrics N1 YSMU

Since 2011 Associate Professor of YSMU Department of Pediatrics N1

2004 PhD thesis defense on “Some disorders of lipid metabolism and ways of their regulation in membranes of erythrocytes of children under 1 year age”, PhD degree awarded

2014 year Doctoral thesis defense on “Methods of Optimization of Inpatient Care for Children of the Republic of Armenia” by the specialty “Public Health and Health Care Organization”, Doctor of Medical Sciences degree awarded.

Member of the Committee for Epidemiology and Children’s Immunization of the Ministry of Health of the Republic of Armenia.

Vice-President of the Swedish-Armenian NGO

Active member of the Association of Pediatricians of Armenia

Member of the Association of Endocrinologists of Armenia